This day we officially welcome Lakay Maku Aghama who was born with the name as Ernesto Medina Nieves Jr. on May 26, 1990. Lakay Maku is a Massage Therapist, Certified Hilot Binabaylan and a Freelance Entrepreneur.

He started attending our meetings on July 9, 2017 and from that day he never missed important gatherings of Luntiang Aghama. From time to time, he constantly recieve instructions from his mentor Lakay Alsent Magbaya Aghama who is our Deputy Chief Priest of the Shrine and directly from our Chief Priest and founder Apu Adman Aghama him self.

Lakan Aku as we know him has been called by Mahal na Makaaku who is the Ancient Supreme Deity of the Mangyan people and from then on he has shown the ability of Tawas, hilot and even crafting.

Today Lakan Aku works part time in a bar, he cooks and sell his hand made dreamcatcher accessories, souvineer and give a way. 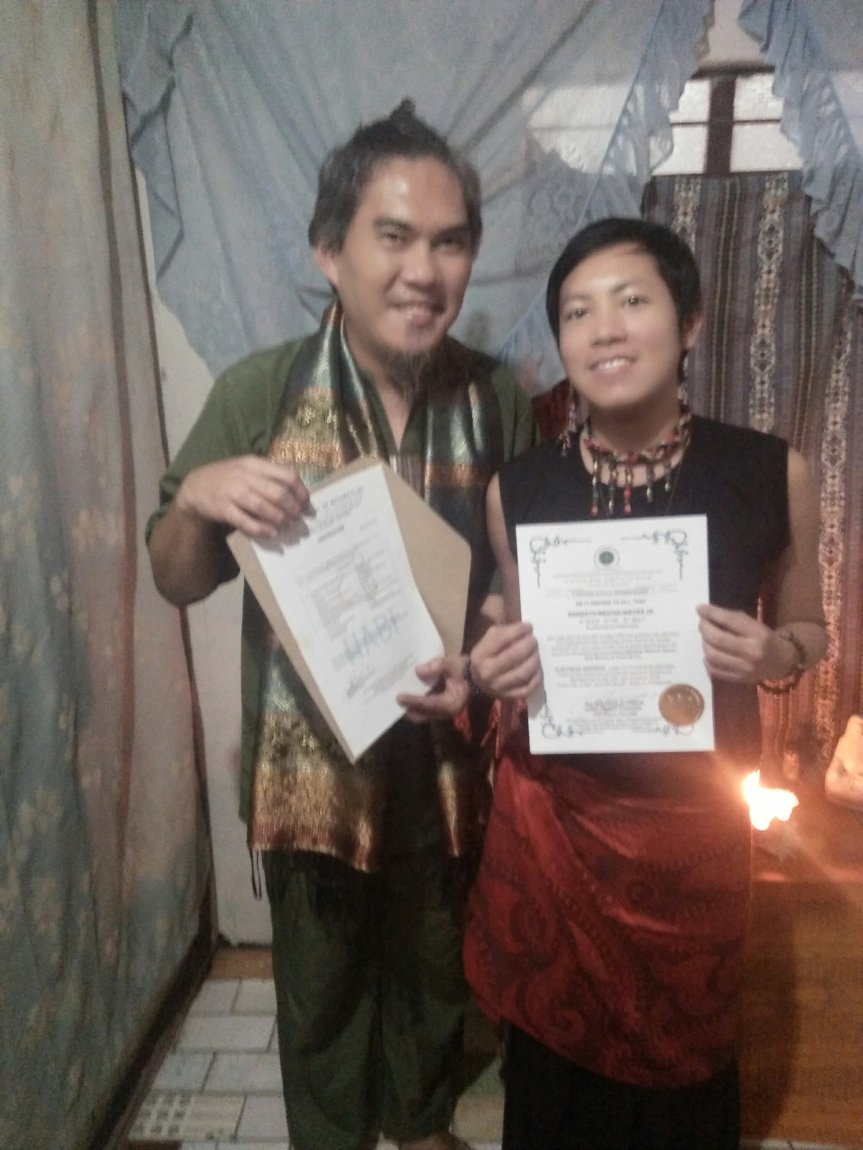