Before becoming Luntiang Aghama, the Shrine was known first as the Blessed Circle of the Almighty and call our Self as Blessed on the 30th of October 1998. Out of curiosity to the mystical and magical aspect of life, Apu Adman Aghama who was known before as Lakan Lupa began its search for knowledge on Paranormal, Metaphysical and Philippine Indigenous Spirituality.

Then on the midnight of the 13th day of December year 2000, an online group at Yahoo was established and was known as Luntian. After a year of cyber fellowship, the group have met live at Ninoy Aquino Parks and Wildlife in Quezon City and started a non formal study group on the field of Psychism. After a course of time, the members of the Study group have formed their own organization sharing the knowledge and skills that we have learned depending on the mastery and specialization we obtained from the study. 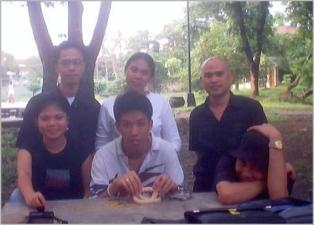 During those time, a member have asked me of what should be an alternate name for the term “Kulam” in the Philippines, since this word is very striking and had a very negative impression in the society as a being who served the devil and from that the word “Aghama” was born thus we connect this word to our name that brought Luntiang Aghama into existence.

Though the word Kulam means Witchcraft and Mangkukulam is the practitioner of the craft which is the witch; but since the word has a striking negative impression from the society, Apu Adman have used the word “Aghama” that means science or religion. Thus combining the word Aghama to Luntian which is the tagalog word for green will mean to be Green Religion or Science.

As practitioner of the craft, the organization is focused on learning about living and life thus on 2012 we have registered the organization as Luntiang Aghama Natural Divine Arts Shrine of Healing Inc.