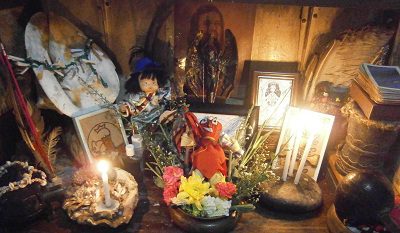 (GLORY AND HONOR TO THE GREAT POWER THAT CREATES US AND THE WHOLE UNIVERSE!)

This is the Generic Prayer invocation of the Members of Luntiang Aghama in calling forth the Great Creative Power or the Supreme Divine Spirit. By Saying this Prayer Invocation- we are making offering of praise to the Divine Energies in their purest form and this Energies of Praise is being transformed by the Divine and Direct it back to us in a form of Blessings.

And during the Philippine Revolution on August 24, 1896- June 12, 1896, Our Katipunero’s (Revolutionist) have attempted to revitalize the Indigenous Philippine Folk Religion and make it as a National Religion. However it did not succeed due to conflicts with the Americans that leads to war.

Now, we are in the 21st Century, the presence of our Diwata are still with us, even though that our Ancestors have not built a Temple for the Diwata, as per our Culture says that our Worship with them should be at home and in sacred sites such as in the forest, sea side, river beds or grave yard; but these forms of Nature has also been colonized and commercialized where people could not go and perform worship to the Diwata.

We as member of Luntiang Aghama, do build up not a Physical Temple yet but have become a Live Temple of the Diwata in our Life and have asked the Blessings of the Diwata of our Race, to call forth all their Chosen One, wherever they are from the North, East, South, West; whether they be living in Luzon, Visayas or in Mindanao; whether they be currently residing in the North America, South America, Asia, Antartica, Africa, Europe and Oceana.

I, Apu Adman Aghama, being appointed by the Diwata as Trustee of their Sacred Names, Do ask your Higher and Lower Self to be with us in Landas Ng Lahi (Path of our Race) or Luntiang Aghama Natural Divine Arts Shrine of Healing Inc. and Build the Physical Temple of the Diwata, on which people of all colors, genders, ethnicity, nationality could come and learn the ways of our Ancestors that the Diwata have taught us. 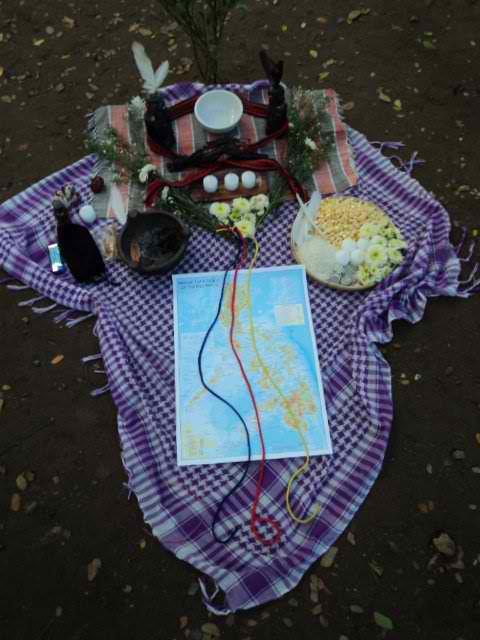 This Revival Study will last for 3 years and 11 months. Our Dedicated Members in Luntiang Aghama are conducting research on a monthly basis retrieving the knowledge on worshiping our Diwata through the Indigenous People who used to worship them. The research method we do in collecting information are through Book research, online interview and through Channeling. We wished that we could directly go into places where the Indigenous People live so that we could conduct in person interview with the IP elders and immerse with them to observe their indigenous ways of living.

And this is what we ask you, to support us Financially and donate so that we could have a Travel Fund in going to places in retrieving the Collective Memories of the Indigenous People Elder who used to worship the Diwata before they were converted into Christianity and immerse with the people within the Indigenous community to observe their way of living and leave them with token of legacy.